Brian Wotari, vice-chairman of Kolokuma/Opokuma local government area of Bayelsa state, has appointed Omonigbalebo Dani Orogono, who is believed to be 118 years old, as his “special adviser on elder matters”.

Orogono’s appointment was contained in a letter dated February 4, 2020, and signed by Bedford Ineye, one of the aides of the vice-chairman.

“It is my pleasure to inform you that you have been appointed as Special Adviser on Elder Matters to the Vice Chairman, Kolokuma/Opokuma LGA,” the letter read.

“Your appointment is with immediate effect. Congratulations and accept the warmest regards from the Vice Chairman.”

Ebinimi Abiama, a consultant with the local council, told TheCable the appointment was a show of solidarity with the aged people in the area.

“She wasn’t appointed so she could do the adviser work per se,” he said.

“But just as a solidarity to carry the elderly people along. It is a honourary appointment. She is the oldest woman in the local government area and at her age, the pay she gets as an adviser is something to keep her going.

“The vice-chairman also intends to upgrade the living standard of the woman, as, amongst others, her house will be renovated.” 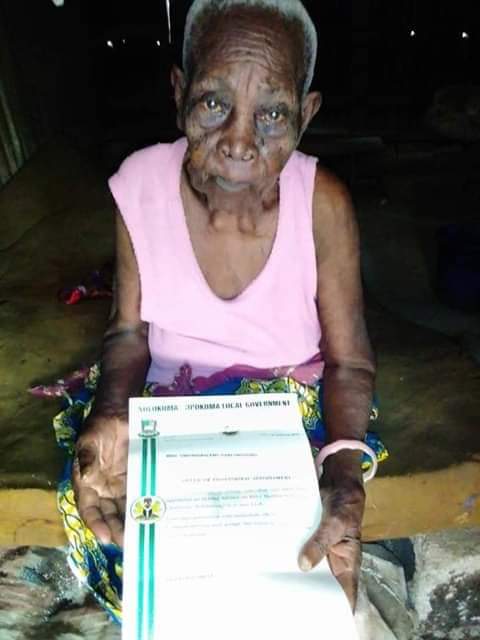 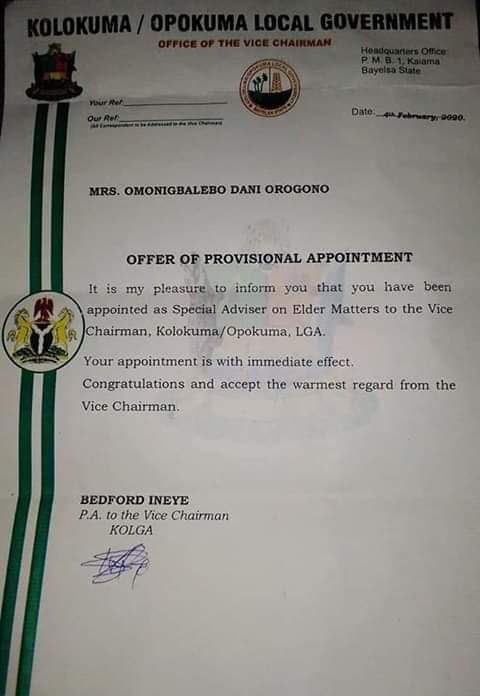 In this article:adviser, Bayelsa, Old woman

APC Attacks PDP: You Are Behind Protest At Justice Odili’s Residence

Share this...FacebookTwitteremailThe ruling All Progressives Congress (APC), has accused the Peoples Democratic Party (PDP), of being responsible for the last Tuesday protest at the...

Share this...FacebookTwitteremail The ruling All Progressives Congress has called on the Independent National Electoral Commission (INEC) to conduct a fresh governorship election in Bayelsa...