The trio netted 22 times in the EPL with Manchester City’s Sergio Aguero just missing out on the party with 21 goals for the season.

Salah won the Golden Boot during his first campaign at Anfield in the 2017/18 season. 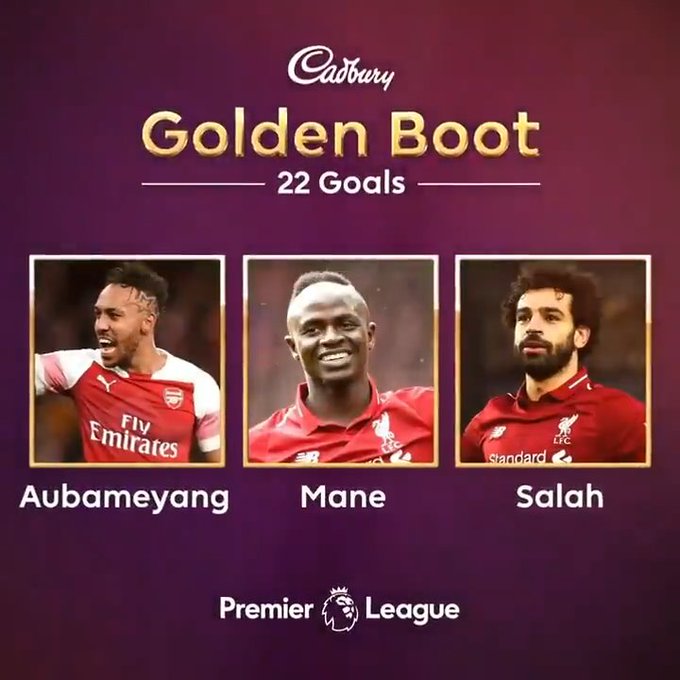 7,707 people are talking about this

The Egyptian netted 32 times last year – eleven more than he, Mane and Aubameyang managed this season.

Despite the Liverpool duo’s 22 goals apiece, they were unable to inspire The Reds to a first Premier League title since 1990.

Aubameyang kicked off the last match of the season against Burnley only two goals behind Salah in the top-flight scoring charts before he caught up with his brace in Arsenal’s 3-1 win.