email
At least about were reported feared killed in a  fresh attack by Boko Haram terrorists on Borno State as  no less than 18 vehicles were also completely burnt.

Reports say that the insurgents launched the attack against traveling passengers in Auno, a town 20 kilometres from Maiduguri, Borno state capital.

The passengers were en route to Maiduguri before they were attacked by suspected Boko Haram terrorists around 10pm on Sunday.

According to residents of the area, the passengers had stopped over at Auno as a result of the blockade of the road into the state capital by the military operatives after they missed the curfew.

Dogo Shettima, an aide to Governor Babagana Zulum of Borno State confirmed the killing and destruction of property during the attack.

Many persons, including women and children, were also reportedly kidnapped during the attack.

The governor in the company of security forces has visited the scene on Monday morning and called on relevant authorities to end the insurgency. 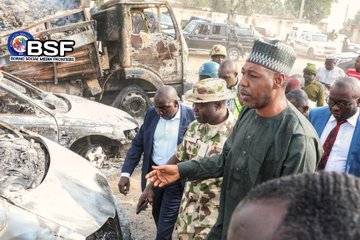 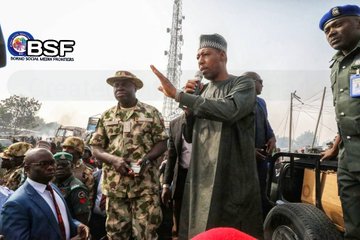 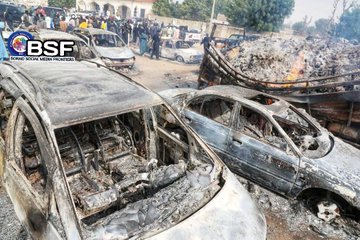 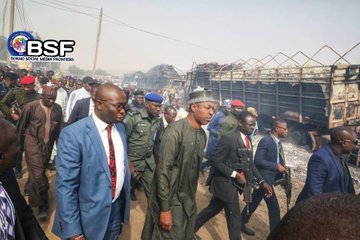 Share this...FacebookTwitteremailIn a move to further strengthened the All Progressives Party (APC) in Borno State, the party has constituted a nine-member Reconciliation Committee to...

Center LSD re-enrols 1,451 girls back to school in Adamawa

Share this...FacebookTwitteremail From Umar Dankano, Yola In implementing its cardinal objectives of re-enrolling out of schoolgirls,the African Centre for Leadership strategy and Development (Centre...

Share this...FacebookTwitteremail The Head of United Nations Development Programme (UNDP) Sub Office, Mr Simon Ridley has led a team from the organisation on a...

Yakubu Uba5 days ago
You cannot copy content of thenewshawk.ng ...sorry about that