email
By Inemesit Udodiong
People all over the world pray differently. While some pray on a daily basis, others are not as consistent.

A compilation of Pew Research Center surveys conducted between 2008 and 2017 has revealed the prayer routines of countries all over the world.

Based on the statistics, Nigeria has emerged as the most prayerful nation in the world. 95% of respondents said they prayed daily.

This West African country is followed by India where countries reported similar behaviour, 75% to be exact. 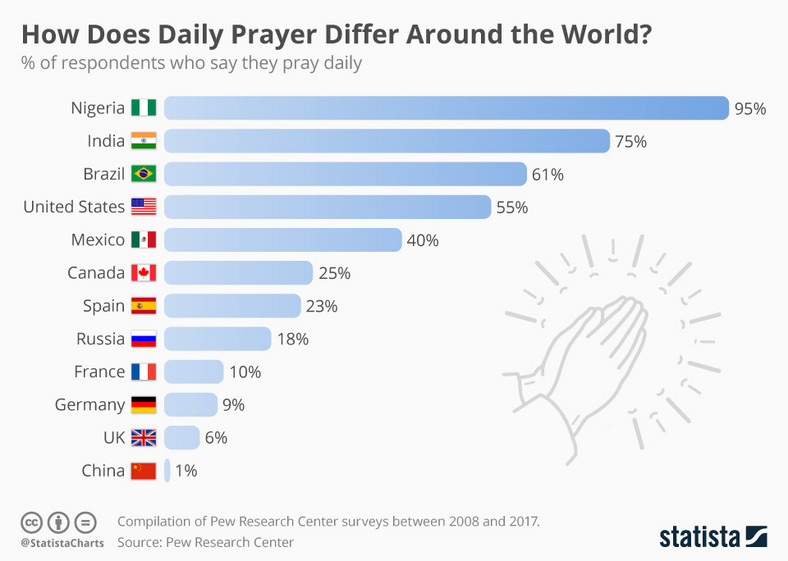 Brazil is third on the list, here nearly six in ten people report praying daily. The United States is next with 55% of respondents saying that they pray on a daily basis.

Mexico is fifth with 40% praying daily. Prayer frequency is lowest in China.

ALSO READ: Atheists tell us how they live with Christians and Muslims in Nigeria

Africa has the most devout Christians in the world

A 2017 survey by Pew Research Center found that the most religious people in the globe are on the continent.

Despite having the most prayerful people, Nigeria does not have the most committed Christians.

After analysing the commitment level of believers in 84 countries, the findings showed that the majority of committed Christians actually live in Ethiopia, East Africa. 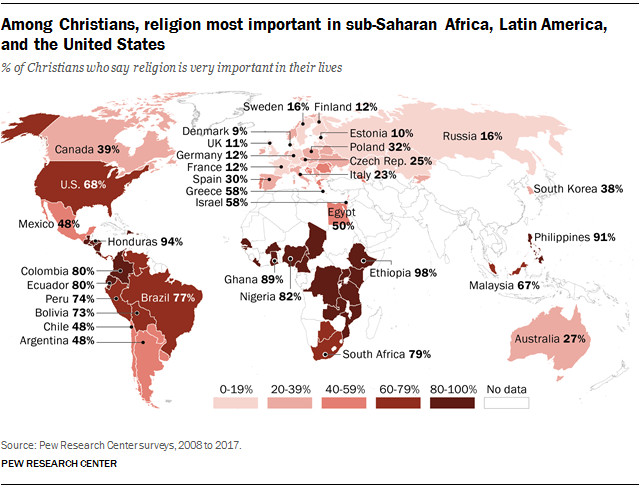 Africa has the most devout Christians in the world

They tend to pray more frequently and attend religious services more regularly than believers in other parts of the world.

Compared to respondents across the globe, they consider religion to be more important in their lives.

Ghana has the second most religious people on the continent. Nigeria comes in third.

Source: Pulse Nigeria
In this article: