Members of Catholic Church marched through the streets of Abuja on Sunday to protest against the widespread insecurity in the country.

The protest, which kicked off at the National Ecumenical Center, ended at  Our Lady Queen of Nigeria Pro Cathedral, where a mass was conducted and parishioners prayed for the country.

It was attended by many Catholics who dressed in black attire and wielded placards and banners to convey their messages.

The crowd defied the rain which started shortly after the protest commenced.

Below are pictures of the protest: 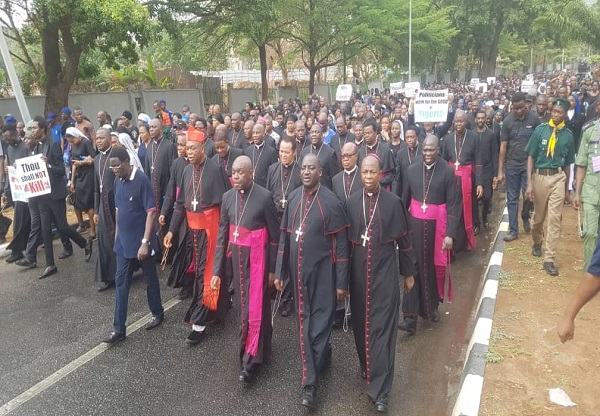 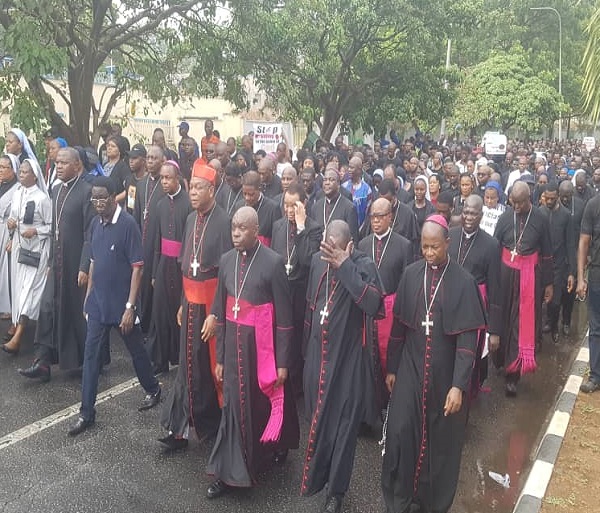 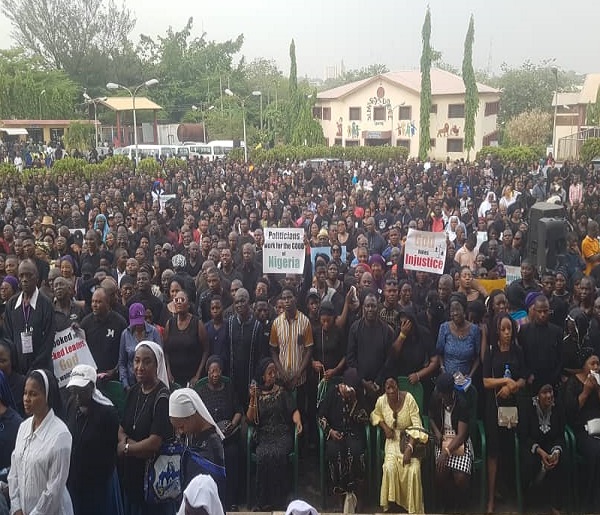 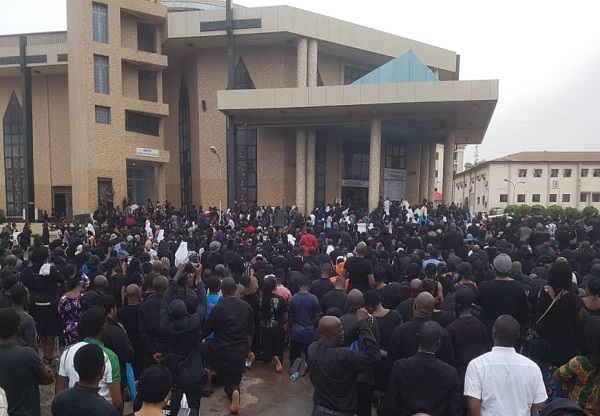 SOURCE: The Cable
In this article:Abuja protest, Catholic