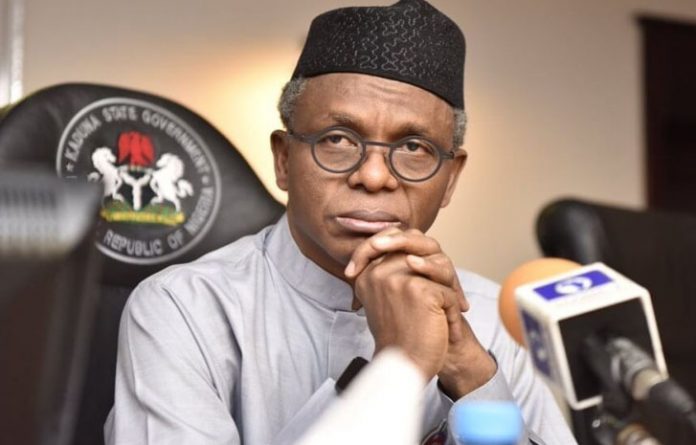 The Governor in his inauguration address at Murtala Mohammed Square Kaduna, venue of the inauguration and swearing-in ceremony said, his government’s resolve to make Kaduna great again requires tough and painful decisions.

Some of the tough decisions of El-Rufai’s government during his first term include demolition of houses and structures encroaching into government institutions, sack of 21,000 ‘incompetent’ primary school teacher and sack of many District Heads, among others.

El-Rufai who was sworn-in alongside his deputy, Dr. Hadiza Balarabe at the Murtala Square Kaduna in a ceremony witnessed by thousands of supporters also  lamented the security challenges in his first tenure saying much was spent on internal security operations which could have been better directed towards improving lives in peaceful communities.

El-Rufai called on the people of the state to unite in a common endeavour to make the state peaceful saying he will continue to do his utmost to unite the state and rid communities of strife.

He said, “We must replace the legacy of division and violence with one of peaceful, collective endeavour in progressive undertakings. We should not maroon ourselves on the desert islands of identity politics, or neglect the obligations of our common humanity. Strife is not our destiny, and neither is division preordained.

”Let us come together in the ever more urgent task of human progress. To educate every child. To create jobs. To care for the sick. To protect life and property. To comfort the afflicted. To strive for peace in our time.”

Governor El-Rufai pledged to continue to put the people first in governance police saying his administration is for everyone who lives in Kaduna State.

“The challenges confronting us are numerous and they are hard. But if we do our job well we will solve them, with your help, support and prayers. We will continue to take very difficult, and sometime painful decisions. We ask your understanding and forgiveness in advance,” he stated.