A mini coffin suspected to contain fetish materials was found with a 38-year-old suspected internet fraudster, Azeez Adebowale, when operatives of the Economic and Financial Crimes Commission, EFCC, raided his house in Ibadan on Monday, March 2, 2020.

Adebowale, who claimed to be using the coffin as soap rack, was among the six persons arrested following weeks of piecing together tips on intelligence received on their alleged involvement in internet fraud.

The suspects which included a lady, Toyinsola Bolumole, were picked up by men of the Commission’s Ibadan zonal office at locations around Oluyole and Alao-Akala Estates of the ancient city.

Items recovered from them include four cars, various brands of sophisticated phones and an Automated Teller Machine (ATM) card.

In a statement , released by the commission’s acting spokesman, Tony Orilade,  said one of the suspects, Mr Adebowale, 38; claimed to be using the coffin as a soap rack to hypnotize his victims. 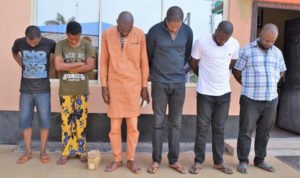 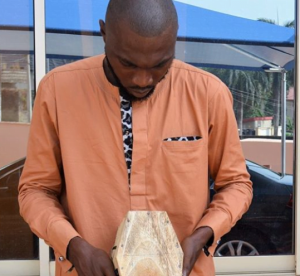 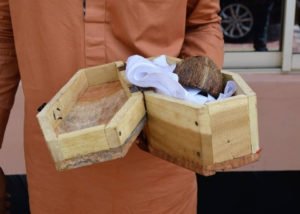 Share this...FacebookTwitteremailFormer President of the Appeal Court, Justice Ayo Salami has stated that he regrets heading the Presidential panel set up to investigate Ibrahim Magu as the Chairman...

Share this...FacebookTwitteremailIbrahim Magu, the suspended acting chairman of the Economic and Financial Crimes Commission (EFCC), has kicked against the appearance of Mike Ozekhome (SAN) at...

Share this...FacebookTwitteremailBy Ibrahim Sheme Appoint me as EFCC chairman? Don’t even think about it! My reason is that all the past chairmen were hounded...