Baba Fryo says he was beaten and manhandled by men of the Nigeria Army.

Baba Fryo is presently nursing injuries sustained after he was allegedly beaten by men of the Nigeria Army.

The veteran singer took to his Facebook page on Sunday, May 19, 2019, where he shared photos of his brutality assaulted faced by the yet to be identified soldiers. According to him, he was humiliated by the soldiers and the they were able to get away with the aid of a female soldier.

“I was humiliated by unknown soldiers I tried forced them to d barrack a female soldier interfere n allowed them to escape the case is under investigation. Thanks to Ojo army barrack who took d case on their shoulder I pray they ll surely b caught n brought to book,” he wrote. 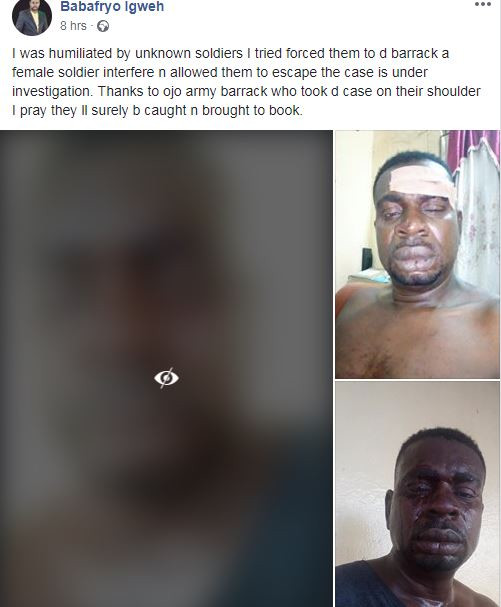 The Nigeria Army is yet to release any statement and we hope to keep you posted as this story develops. 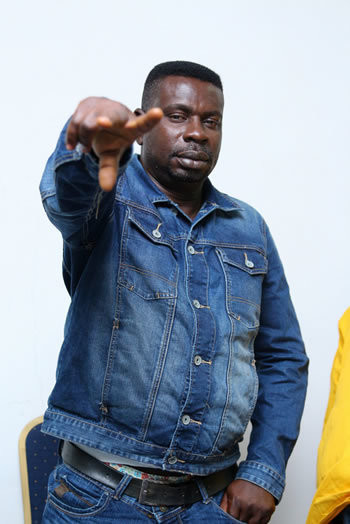 According to him, he was humiliated by the soldiers and it the act was aided by a female soldier who made sure they got away with it [BeatingBeats]

The last time a celebrity shared a similar story of being manhandled and assaulted was about a year ago when Uche Ogbodo revealed her experience in the hands of a man in Lagos. 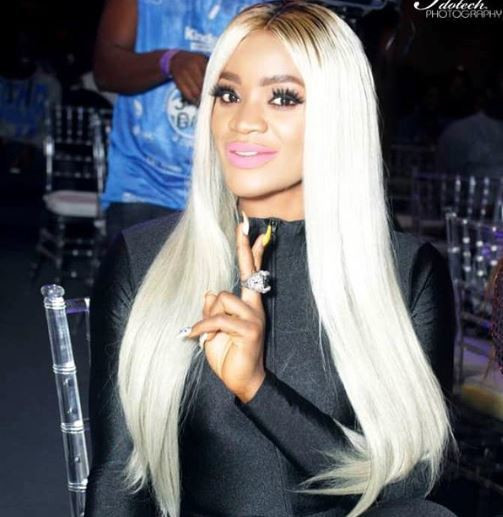 Back in 2018, Uche Ogbodo revealed how she was assaulted by a man in Lagos [Instagram/UcheOgbodo]

The beautiful actress and mother revealed this on her Instagram page on Sunday, January 28, 2018. According to her, she was heading back home to the Lekki axis of Lagos when a car rammed into her at the toll gate. When she got down to confront the driver, he pointed accusing fingers to her and also called a “Harlot.”

“I Am still in Tears and Don’t know how to Start Telling The Story of how I was assaulted yesterday Evening at about 5:30 pm… After I left the Disabled home where I went to Share Love and Hope, I drove straight from Ikotun which is almost 3 or 4 hours to the island where I Stay, on getting to the Lekki Tollgate (by oriental hotel) tired and exhausted, the next thing I noticed A Car has impacted with my Car., out of shock I didn’t know what to do, I sat down for almost 30 seconds thinking of how this driver could drive like that. 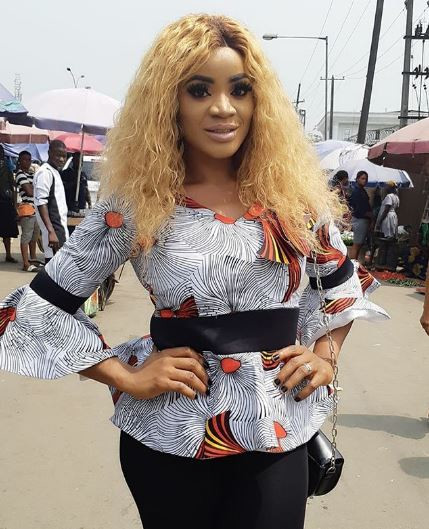 “Before I could come out of my car the driver was already out, shouting saying I bashed his car, I was confused and surprised as well that a man that ran into Me could be shouting at me, trying to intimidate me and making me feel everything was my fault. I went round to the accident side to check the damage the impact made on my car, I saw my light was off and was on the floor and my bumper was pulled off., I looked at his, There was no evident damage to his car. I went mad with Rage, i said to him “Oga we have to wait here till the Police patrol comes to ascertain who was at fault” but the man said “ Get out of my way you Harlot”, he made to enter his car to flee the scene and I grabbed him, you bashed my car and you are calling me names and at the same time wanting to flee the scene,” she wrote.

We also can’t forget in a hurry the time Shola Dorcas-Fapson shared her own ordeal in the hands of a Taxify driver.