Atiku Abubakar has threatened a lawsuit against a media aide to President Muhammadu Buhari, demanding a retraction and compensation over a social media post he considers defamatory.

Mr Abubakar’s lawyers wrote to a letter to Lauretta Onochie on May 14, asking her to retract her post or face legal action.

The letter went out a week after Ms Onochie, a social media assistant at the State House, wrote on Twitter that the former vice president and opposition leader had been put on a terrorist watchlist in the United Arab Emirates. 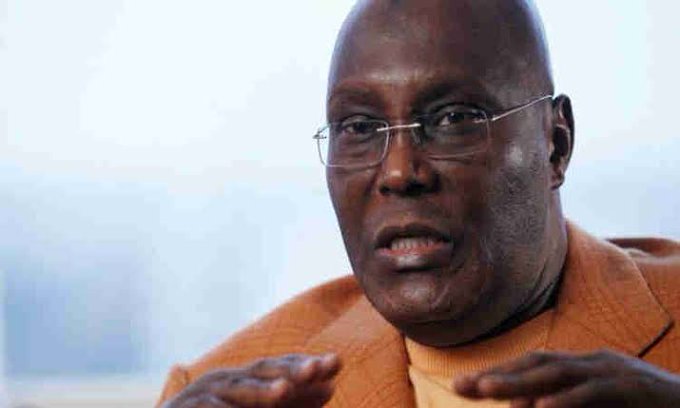 Security operatives in the United Arab Emirates (UAE) are keeping a close tab on a former Nigerian Vice Pres Atiku Abubakar who has been in the Middle East nation for several weeks now
What is he doing there?

Me: Shopping for Terrorists?

Ms Onochie said Mr Abubakar, who regularly visits Dubai for work and leisure, had been “shopping for terrorists” since he travelled to the Middle-Eastern nation in May.

The comments drew a flurry of social media bickering between supporters of the opposition Peoples Democratic Party (PDP) and the ruling All Progressives Congress (APC).

Ms Onochie, 66, has made many controversial social media posts since she was appointed in October 2016.

She sometimes engages in insults against perceived critics of the Buhari administration.

The lawyers gave Ms Onochie an ultimatum of 48 hours to retract the tweet, which was still live as of 12:36 p.m. on Sunday.

She was also asked to pay N500 million to Mr Abubakar, who was the main challenger to Mr Buhari at the presidential election in February.

Failure to comply will result in a lawsuit that will demand N2 billion for aggravated and punitive damages against the presidential aide, the lawyers said.

It was not immediately clear whether Ms Onochie had seen the letter or taken any action about it. She did not return requests for comments from PREMIUM TIMES on Sunday afternoon.