email
By Aderemi Ojekunle
The scheme, which is even worse than the collapsed MMM, is luring young Nigerians to invest as low as N1000 and N13,000 and get as much as 8 times the value of the investment in 48 hours. 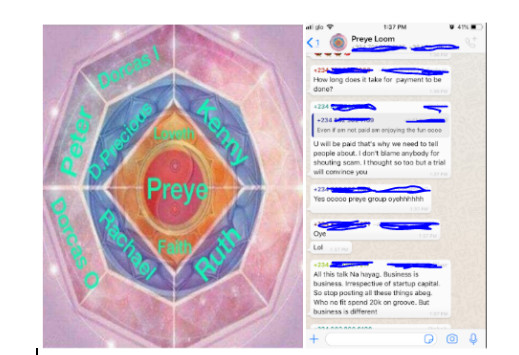 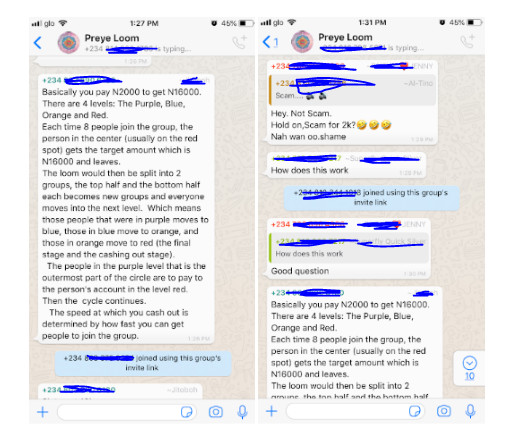 According to the US Securities and Exchange Commission, a Ponzi scheme is an investment fraud that involves the payment of purported returns to existing investors from funds contributed by new investors.

“In many Ponzi schemes, the fraudsters focus on attracting new money to make promised payments to earlier-stage investors to create the false appearance that investors are profiting from a legitimate business,” the SEC explains.

The Loom Pyramid Scheme is not new to the world. Last month, Daily Mail UK reported that the scheme has resurfaced online all over the world, with different names such as ‘loom circle’, ‘fractal mandala’ and ‘blessing loom’. In Nigeria, its central name is Loom Money Nigeria with individuals creating their own WhatsApp groups such as Preye Loom, Catherine Loom among others. 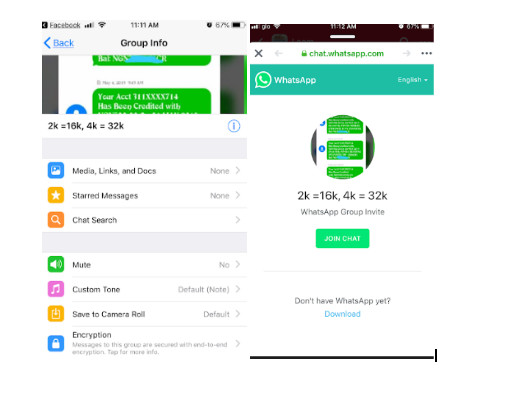 A screenshot of Whatsapp page for Loom Money Nigeria (Pulse)

How does the scam work? 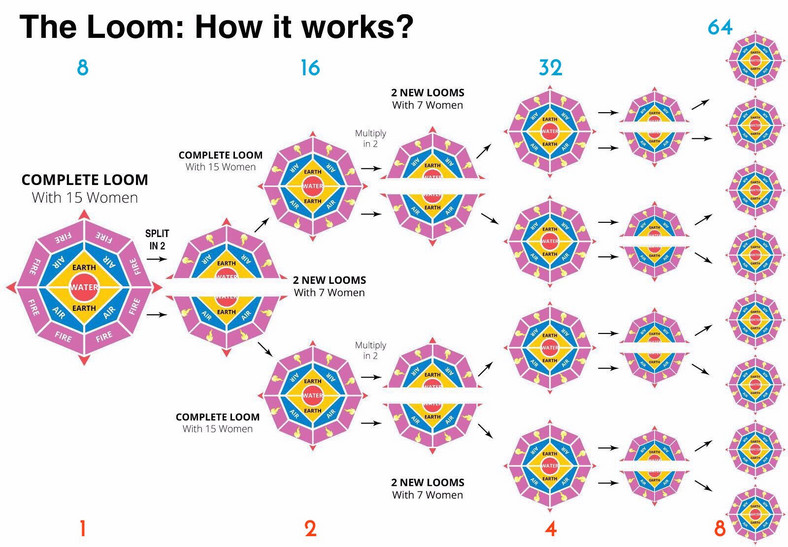 According to one of the WhatsApp groups, the Loom scheme pyramid level is in four places and represented by colours – Purple, Blue, Orange and Red.

“Each time 8 people join the group, the person in the centre (usually on the red spot) gets the target amount which is N16,000 and after investing N2,000 leaves the spot for the next person.

“The Loom would then be split into 2 groups, the top half and the bottom half each becomes new groups and everyone moves into the next level. 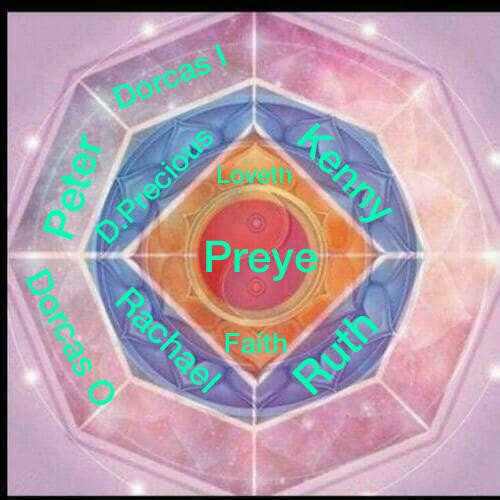 “Which means those people that were in purple move to blue, those in the blue move to orange, and those in the orange move to red (the final stage and the cashing out stage).“

In a Facebook post seen by Business Insider SSA by Pulse, the promoter explained that “the more people you manage to add to the circle, the quicker the movement of it, and thus, the easier it will be for you to make your money.”

Investigations across WhatsApp platforms show that one of the promoters of the scheme on Facebook opened his social media account late 2018 and turned a Facebook page opened for 2019 Nigerian Election into a Ponzi scheme.

Why Loom is more dangerous than MMM

Unlike MMM where there is a website, system information and key person – late Sergey Mavrodi as the major promoter, Loom has no major promoter and operate on the social media via closed groups on Facebook and WhatsApp. Its system is also porous as anybody can create a group either on Facebook or WhatsApp, lure people to pay and shut them out afterwards.

In most instances, the Loom promoter is the only Admin and make judgement on the outcome of the pyramid structure.

Also there is clear cut defined terms and conditions – the only known condition is for people to bring in cash and well as eight other contributors before cash out.

How is it illegal?

Any organisation and financial scheme without necessary regulatory approval is illegal and can be sanctioned by the government. In Nigeria, 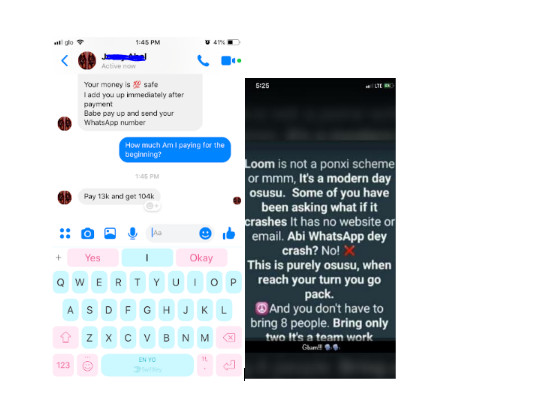 Esusu is traditional forms of cooperative in African societies whereby groups of individuals contribute to informal savings and credit associations for their mutual benefit. It is not run in a pyramid scheme and always have a set of people running it at a particular time.

On most cases, groups of people numbering between 5 and 10 gather and agree to make periodic contributions of a specific amount to each member of the group on a rotational basis. 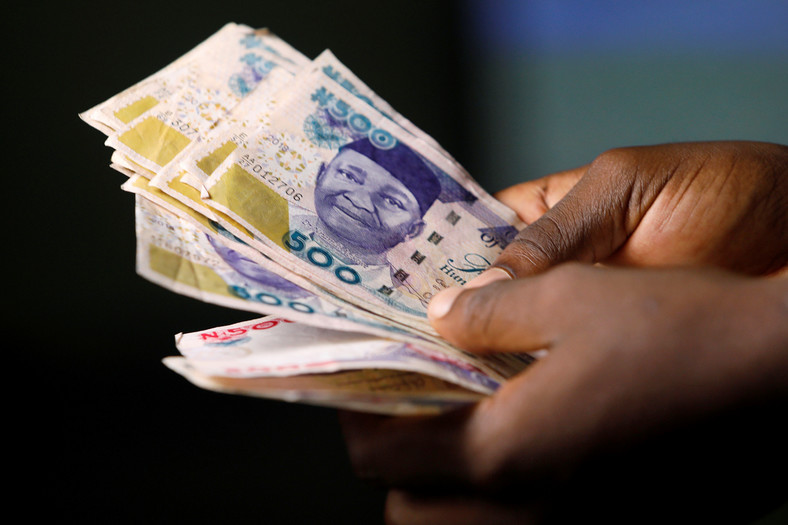 Nigerian naira banknotes are seen in this picture illustration

For instance, if there are 5 people involved and they have agreed to contribute N10,000 per month, they will take a number between 1 and 5 and the first contribution will go to number 1 till it gets to number 5.

Despite warnings by the regulatory agency, Nigerian citizens, mostly young people on social media, still fall for the Ponzi scheme.

Last year, the Securities and Exchange Commission (SEC) cautioned the citizens to desist from investing their money in Ponzi schemes that are proposing return levels that are unreasonably high.

Source: Pulse Nigeria
In this article: